The 2016 edition of the Suzuki Nine Knights MTB in Reschenpass, South Tyrol, Italy is officially on!

In the GoPro Course Preview, Brits Sam Pilgrim and fly down the flow trail to join Syzmon Goziek (POL) for the main feature where they each choose between the quarter pipe, the trick jump or the corner jump into the right hip. Pilgrim does not hesitate to take on big Bertha, the huge big bike jump with its 4m take off and 3m step up and 10m gap to landing.

The week of action culminates at the big showdown on contest day, Saturday September 10th, 2016. Shot 100% on GoPro. 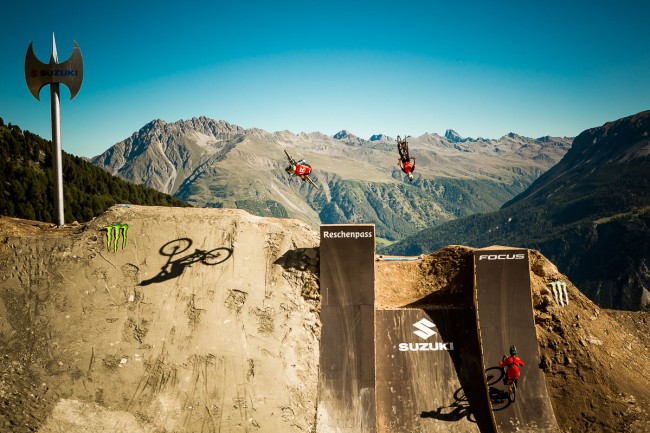 Suzuki Nine Knights is a unique media event, featuring some of the world’s best skiers and snowboarders as well as skateboarders on an extraordinary feature created to progress the sport offering rare film and photo options. Find out more about our 3 world class events; Nine Knights Snow, Nine Queens and Nine Knights MTB.For more information about the competition go to www.nineknights.com