XTreme Video is excited to announce the release of “South to Sian” in full HD. This breathtaking 53 minutes documentary about Harrison Roach and Zye Norris’ surf trip through beautiful Indonesia is now available on iTunes, Vimeo On Demand, Google Play, Amazon Instant Video and amongst other VOD platforms.

“What began as a three-month surf trip turned into a two-year odyssey!”

South to Sian from XTreme Video on Vimeo.

Directed by award winning photographer Dustin Humphrey, the documentary was supposed to be a three-month trip to a collection of surf breaks off the beaten track that instead turned into a two-year odyssey of exploration. This is a story about companionship and pain discovered during 4,000km of two-wheeled adventure, where escape from the real-world burdens of modern life are only a single-fin session away.

In a time where there are fences around everything, and we are denied the instinct of self-preservation, it is difficult to find a place free from rules and restrictions, but not yet impossible. Surf movies come and go, a million waves in exotic locations and surfers flown in for three-day shoots on perfect swells, but the spirit of adventure never dies. 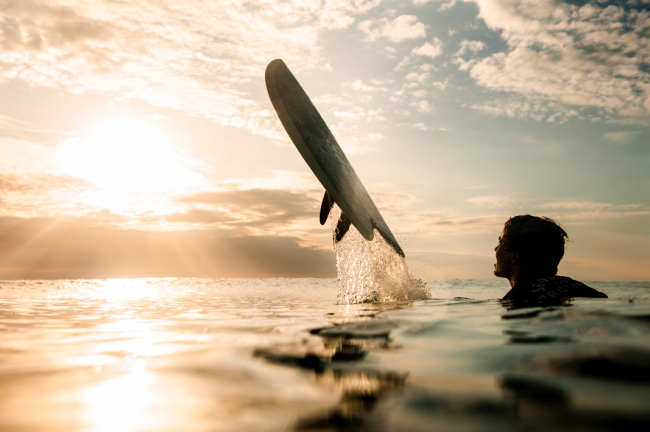 What began as a three-month trip to a collection of surf breaks off the beaten track turned into a two-year odyssey of exploration, injury, companionship and 4,000km of two-wheeled, single-finned escape from the real-world burdens of modern life.

Harrison Roach and Zye Norris pack their bags, a diverse quiver of boards, two bikes and a 50-dollar tent into a 1970’s Land Rover and embark on an epic quest from the southern beaches of Bali, through the Indonesian archipelago to Northern Sumatra’s isolated Lagundri Bay. On boards, on bikes, by boat and four-wheel drive, the pair’s journey is to discover if, in these days of GPS and WiFi, the dream of a true pioneering surf adventure is still alive.

“When the boys asked me if I wanted to go on the most epic Indonesian road trip, driving from one side to the other with an old truck, a couple of bikes and a bunch of surfboards it didn’t take me long to jump at the opportunity, having only been to Bali and a small village in west Java,” said Zye Norris. “I had no idea what else we were about to come across!” 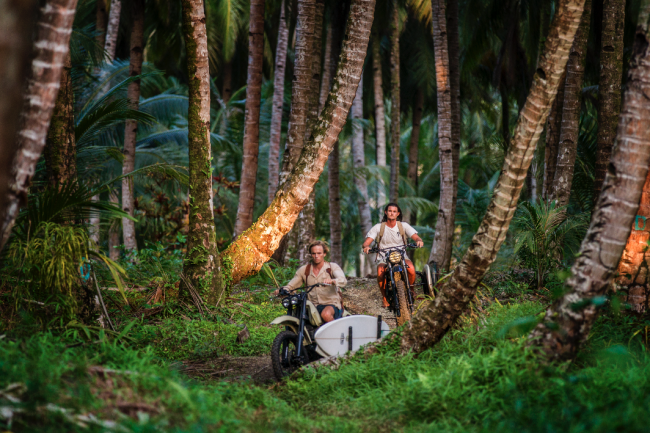 Mobile users: scroll down to the “Where to Watch” section to watch the movie on other VOD platforms.