MISSING was premiered last night in Biarritz, France’s surf city, home to the surfing industry in Europe. Taylor Steele’s latest production featuring current World title contender Mick Fanning was shown to a captive audience of over 200 people who all gathered in the cinema Le Royal. After the traditional goodies giveaways, with the support of Rip Curl and Skull Candy, the crowed enjoyed an evening of surfing cinema in the great tradition of surfing films. 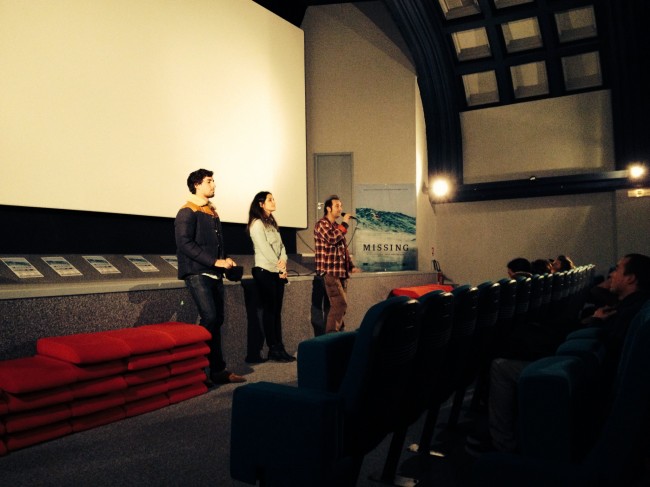 MISSING was definitely the best alternative to a surfing trip from the comfort of the theatre, with some amazing photography and surfing action, coupled with great insights in the personality of one of the most charismatic surfers in the world, and epic locations seldom shown in surfing movies. After the film, everyone joined us at the nearby Newquay pub for a couple of beers and some more action sports videos. A good Thursday night in Biarritz;

Thanks Rip Curl, Skull Candy, XSories and EQ for the support.

MISSING was launched earlier this month and is available on all platforms, with great selling starts. Definitely an addition to your list to Santa!