The Entrée is an in depth documentary/ extended interview with Australian born UCI DOWNHILL WORLD SERIES CHAMPION Sam Hill based on his 2009 racing season.

With just three rounds to go and a winless and turbulent season already behind him The Entrée begins in Mont Saint Anne, Canada round #6 where things begin to change and the race to the finish begins. Follow Sam and his team mate Brendan Fairclough across the globe on an insightful journey from Canada, back to his homeland Australia then to Schladming, Austria for the ride of the season on his quest for World Series GOLD and the celebrations that followed. Music courtesy Wolfgang Gartner @ Kindergarten Records. 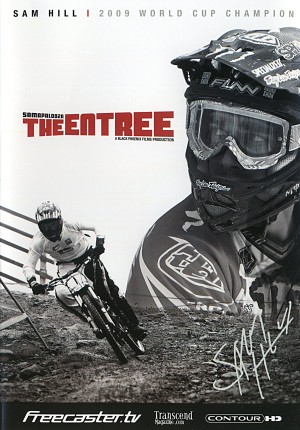