t has been TEN years and TGO is still going strong. Over the last decade the riders, format, and the teams have changed, but the passion of the sport remains the same.
The years of Carmichael-like domination have gone, and a handful of riders can presently win at any given moment in the 450 class. After having the worst season in his career last year, Chad Reed struck out on his own and launched Two Two Motorsports. The new determination and charge made him an American hero in 2011. Last year’s champion Ryan Dungey lost his mentor and team manager, Roger Decoster, who left for the KTM team at the end of last season, leaving Ryan to defend his title. Because of injuries, Ryan Villopoto has not raced a full outdoor season in 2 years. But coming from 3 straight 250 championships, he is an obvious contender in the 450 class.

The 250 class can be defined by two teams – Pro Circuit and Factory Connection. Mitch Payton and his team’s record breaking season of podiums this year is another example of this. World Champion Tyla Rattray, Scotsman Dean Wilson, and the new kid Blake Bagget, all battle for the top spot while under the same Pro Circuit tent. Last year Factory Connection was on par with Pro Circuit, winning the 250 championship with Trey Canard. It’s now up to Eli Tomac and Justin Barcia to bring down the mighty Pro Circuit team.

The prestige of winning an American National Motocross Championship will call these men from all over the globe to duty every summer. As always, we will be there to capture the beautiful but brutal sport that is motocross, and remind us all … why we race. This is The Great Outdoors. 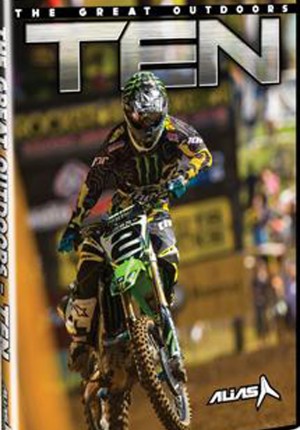