It is a test of physical endurance in a place where surfing and ocean paddling cross over. The Molokai Channel, a 32-mile body of water that separates the Hawaiian islands of Molokai and Oahu, is a ferocious crossing where mountains of water move across an ocean reaching depths of 2300 feet. It is a place of deep significance in surf culture, being the channel where iconic Hawaiian surfer and lifeguard Eddie Aikau lost his life. But it is also a place of great achievement – one where the Polynesian waterman culture is celebrated and now commemorated through a race that has become known as the world championship of paddleboard racing. Athletes from around the world gather each year to contest the Molokai2Oahu Paddelboard Race, some battling their fellow competitors but most there to test themselves against one of the world’s most challenging bodies of water. These are people who lives are defined by the ocean, those whose first touch with the sea – that one touch – would go on to define their lives. One Touch follows the journey of three first-time paddlers – surf fitness trainer and ironman Wes Berg, professional surfer Dean Brady and waterman Zeb Walsh – as they set out to test themselves on a journey of personal and cultural discovery and take on the crossing known as the Channel of Bones. 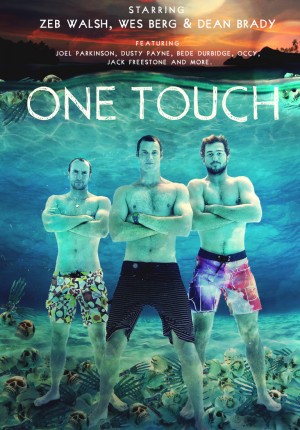