The DC Mountain lab, located outside Park City in Utah’s Wasatch Mountains, is the place where the DC team and friends test product, shoot films, and just plain ride. It is strictly off-limits to the public, though, so few have ever gotten a glimpse beyond the Mtn. Lab gates… until now. Filmed primarily at the Mountain Lab during winter 2005, the Mtn. Lab DVD captures a typical day at the lab with the DC team and friends, and features action footage of the entire DC team-Travis Rice, Travis Parker, Todd Richards, Eddie Wall. Devun Leines. There are notable cameo appearances by frequent Mtn. Lab visitors and a few surprise guests. To complement the films unique concept, the DVD comes with a 120 Page book that features photos, portraits, and exclusive behind-the-scenes stories. 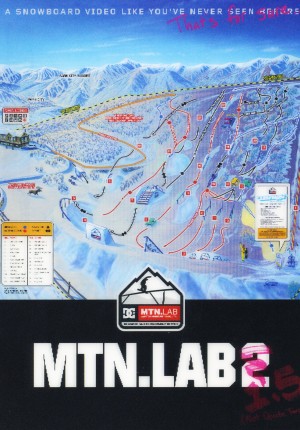