All bets are off when the gate drops, and it might as well be the Wild West out on the racetrack. Smooth and precise will get you no where in Kickstart 3, and when the dust settles, it’s the man who can hold his whiskey best that’s left standing. Join the TransWorld Motocross posse as they hunt down some of the wildest riders in the sport.

We tracked James Stewart and his sidekick Malcolm all across Florida before finally catching them in North Carolina, where he was hiding out with the JGR Racing gang. When the trail went cold on MX2 World Champion Ken Roczen in California, we ventured all the way to Germany to shoot him up. And then there’s the wild-riding Justin Barcia, the kid from New York who was holed up in Georgia, and tough Texan Kyle Cunningham, who held his ground and waited for us in his own two-horse town. Freestyler Adam Jones walked right into the trap we set for him in SoCal, but it was that longhaired outlaw, Josh Hansen, who gave us the biggest runaround. From the streets of Amsterdam to the hills of SoCal to his new hideout in Sin City, the man they call Little Hanny may have been the wildest of them all. 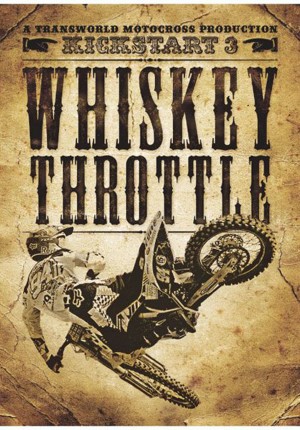