Disc One: Jeremy McGrath techniques of Supercross This is the instructional film you have been waiting for. Jeremy will tell all of the secrets that got him to the top of his sport and known as the”King of Supercross”. This video will show certain techniques on the track designed for top level riders. These are the tips no one wants to share with their competitors, until now. Jeremy will talk openly about his journey to the top as well as what you need to know mentally and physically to be the best. If you are serious about racing you are going to need this video to get you to that next level!

Disc Two: This DVD documents the inaugural Jeremy McGrath Invitational. It will also show you the crash that broke Jeremy’s neck. Jeremy will take you through the crash and tell you his thoughts on why it happened and how he recovered. The highlights of two nights of racing and freestyle will also be featured with amazing performances by Travis Pastrana, Kevin Windham, Nate Adams, Josh Grant, David Vullimen, Josh Hansen and a host of many other talented Racers and Freestyle riders. 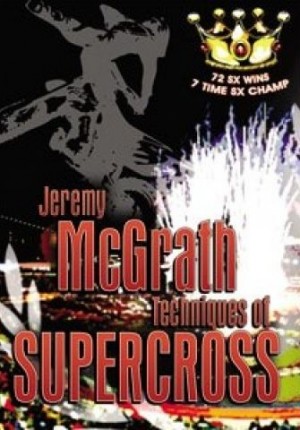