During the first part of 2007 Matt Sheridan, a filmmaker from Utah, USA, followed a few Ozone Team members around Europe, North America, and down to the Canary Islands on several different adventures. His mission was to document the current evolution of speed flying, speed riding, or whatever you prefer to call it (although the current trend seems to be categorizing riding with skis and flying with foot launched flight. This is a professionally made film that won accolades at the Banff Mountain Film Festival, and was a finalist in the film competition. Filmed in all HD and produced in Team 13’s Utah studio, It’s Fantastic is… fantastic 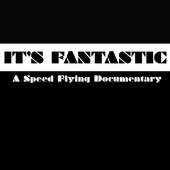