It’s 2012, and the economy has crashed completely. The snowboarding industry is non-existent, and Washington is brought back to the times of the wild west. Outlaws and renegades struggle to survive. In the Pacific northwest there is a small band of riders who’s passion for riding and filming still fuels there will to live, and there is a bounty out to collect footage of these outlaws. But bounty filmers are few and far between, and the competition to film is deadly. Watch the riders push there skills to new levels, in a quest to film a video part. It won’t be easy, as their is more to filming now than just riding. They must face each other in fierce competition for a filmer, and end up in a unforeseen twist of fate… this is “How The Northwest Was One!” 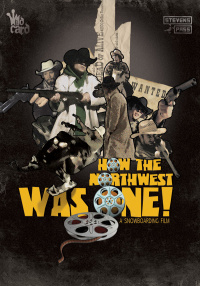