The new film from the award-winning crew at Matchstick Productions.Featuring the best skiers in the world, the film stars; Shane McConkey, Mark Abma, Ingrid Backstrom, Hugo Harrisson, Mike Douglas, Sarah Burke and many more. With the incredible winter last year, the footage is amazing, said director Steve Winter. “This year we captured it all, powder, park, cliffs, and jumps all set in the most beautiful locations in the World. We couldn’t be more excited.”

This year Matchstick is offering two movies for the price of one. On the DVD, the viewer has the option of viewing the theatrical release, plus there’s another section devoted entirely to the skiers. Each skier has individually edited their section, so the viewer can see all the shots the skier worked on over the year, edited in his or her own unique style. So in effect, you’re getting two movies for the price of one.

Red Bull and Matchstick teamed up and chartered a 110ft research vessel decked out with a private helicopter and travel up the coast of British Columbia in search of first descents. The results are mind-blowing! The trip included World Cup skier Daron Rahlves, ‘Skier of the Year’ Mark Abma, and big mountain guru Chris Davenport. The zone they discovered was epic and so is the footage that was produced. 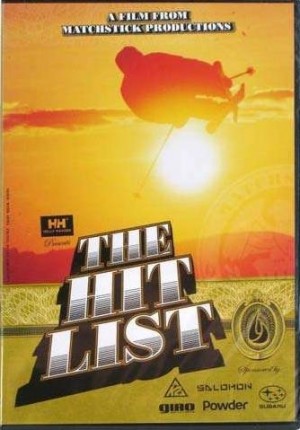