Mr X and one German heavyweight, a highly prepared 525 hp Audi RS6 with a top speed of 300+ km/h, blast through the streets of downtown Stockholm at night. The police are caught by surprise but do their best to stop our hero. Watch and be impressed! When daylight breaks and turns into noon a new friend arrives on his motorcycle…Getaway Rider. Watch him ride his bike without fear, as never seen before and at crazy speeds through rush hour traffic. The cops go wild in the pursuit of Getaway Rider! If you truly love fast machines and excitement don’t miss out on this DVD. 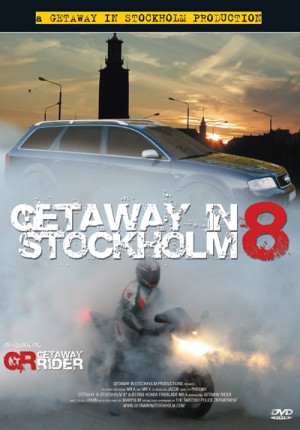