Don’t Stop Dreaming is way more than any ordinary surf movie. This captures an unique and original look into the lifestyle of Bodyboarders around the world. This will leave audiences with the urge to get out there and see more of the world. Filled with incredible action sequences and motion graphics that focus on the Diversity of the sport, the Extreme and the reasons why Bodyboarding is now pulling people everywhere into the ocean. There is a global focus on the environment and how we should protect it and work on the sustainability of our natural resources and oceans. This is a Story of Dreams and about the Lifestyle of Bodyboarders around the world.  The Locations covered include Hawaii, Mexico, Portugal, Canary Islands, United Kingdom, Indonesia, Western Samoa and South Africa.Some of the highlights include the Monster Swells that hit Hawaii’s North Shore and Portugal in the last two years, the International World Tour Event at Pipeline and Tom Lochtefeld’s International Flowriders with World Flowriding Pro Billy Tennant. This also features the First ever water footage from big maxing Waimea Shorebreak (Hawaii) and other top action water sequences from infamous surf breaks such as Cave Rock (South Africa), Keiki Shorebreak (Hawaii), Puerto Escondido (Mexico) and Padang Padang. (Indonesia) 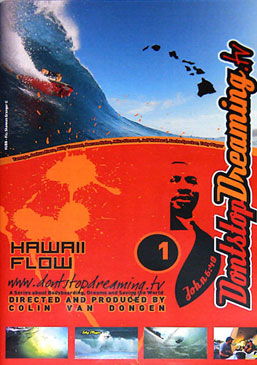