Chasing the Dream is a candid portrayal of 8 Huntington Beach High School Kids trying to obtain the impossible – a career in professional surfing.
These kids have dreams of competing on the Association of Surfing Professionals’ World Champions Tour (WCT), which only 44 men in the world qualify for every year and only one of whom claims the most sought after title of all…World Champion.The teens must steer through the ranks of scholastic surfing while dealing with injuries, overbearing parents, demanding school curriculums and a trip to Australia aimed at separating the ones who surf from the ones who win.
Chasing the Dream features a broad spectrum of professional surfing legends, from the most elite world champions, such as Mark Richards (4x), Kelly Slater (8x), and Tom Carroll (2x), to the child prodigies that have been consumed by the World Championship Tour’s vicious obstacles. Narrated by none other than The Masochist (Big Wednesday) himself, Gary Busey, Chasing the Dream is a coming-of-age story about kids who will do anything to achieve their dream of becoming a pro surfer. 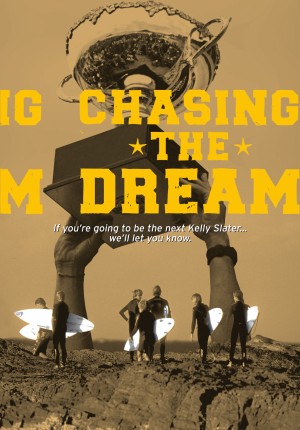