Au Nom Des Miens tells the extraordinary story of Marie Martinod , a famous skier in the world of women’s freeski.

Marie left ski competition in 2006 to concentrate on her family life, after having won everything.
But in 2011 her ski discipline, Halfpipe skiing makes it to the olympics, so she decides to compete again after six years.
Marie then resume training and competitions in 2012, which led her to win the X Games in the following season on a single objective: the Olympic Games in Sochi in 2014.

Mobile users: Scroll down to the “Where to Watch” section to download the movie 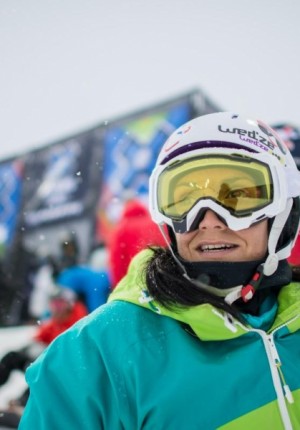