Known as the proving ground of surfing, Angie introduces the Hawaiian surfers that have earned the reputation as the most hardcore posse in the industry – both in and out of the water.

Bali has fast become one of the most popular tourist destinations in the world and is a hot bed for surfing talent as the region is home to a range of world class surf breaks.

Angie follows the progression of the next generation of world class surfers from the micro grommet to the teenager and beyond.

Episode 4. The Dawn of Surfing

Our host explores the historical roots of surfing dating back to the ancient Polynesian Kings.

Episode 5. Road to the Title

Follow the world’s best surfers into the first event of the year at the Quiksilver Pro on Australia’s beautiful Gold Coast.

Episode 6. The Reach of Surfing

In this episode our host Angie explores the great benefits that surfing and the ocean offers to us all. Kick starting the program, we meet with the Boarding House Mentors, a group of volunteers based out of Los Angeles California that take the time to support the less fortunate youth of L.A.

In this episode we are on a swell hunting adventure. Starting out in California, we spend a winter season with some of the areas best surfers including, Santa Barbara local and three times world champion Tom Curren.

The legend of the Coolangatta Kids originates from the early 1960’s with rare archive footage of the infamous trio Michael Peterson, Wayne “Rabbit” Batholomew and Peter Townend. 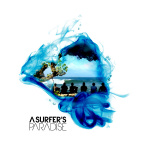