1st BASE was the first action sport video on BASE-jumping, ever ! It contains footage filmed by Norwegian base-jumpers themselves, as they jump off anything high enough to make you go “wooha!”. 1st BASE will make you jump in your chair, sweat in your palms and have you pressing the rewind-button over and over again. Norway has more basejumpers per capita than any other country in the world, and Norwegian sites such as ‘Trollveggen’ (the Troll Wall) or Kjerang are visited by adrenaline junkies from all over the world. The film contains sequences of jumpers ripping off the tallest hotel in Oslo (not very tall at all) through a hotel room window, antennas, spans, mountain massives in Romsdalen, Lysefjorden, Voss and practically anything else that stretches high enough to jump from. The video also features unique footage from Asia and Europe – the first basejump from a building in China and a tandem-jump off a mountain. 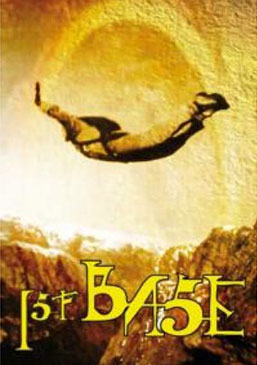