XTreme Video is stoked to be media partner of one of the most renowned event on the European outdoor calendar! This season, the European Outdoor Film Tour in UK takes you mountain biking on the edge, kayaking through the remotest canyon in the Southern Pacific and set out to fathom the friendship of two BASE jumpers.

The new programme of the E.O.F.T. is the most exotic yet: With seven films they bring you to Myanmar, Greenland, Papua New Guinea and the wildest places in the Alps.

mountain BiKE: it’s not racing downhill on his mountain bike that makes Harald philipp smile. nor does he care whether he adds the most dangerous jumps and turns to his trails. When he’s on his bike on a via ferrata in the dolomites, he is hunting something else:  ow. that special state of being where everything just  ts, when con dence overrides fear and the bike and rider are one. Harald tries to  nd an answer. 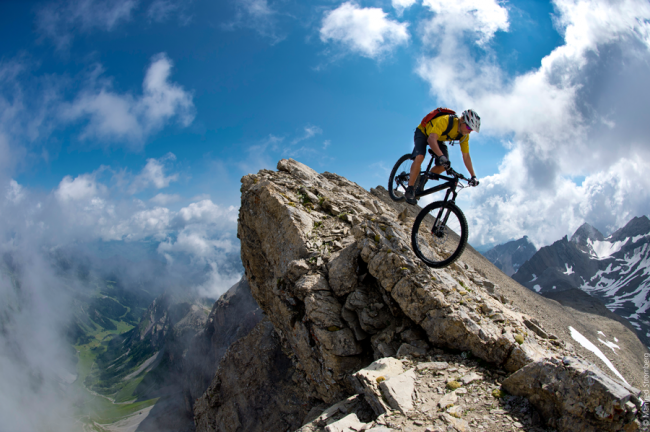 Climbing portrait: When he closes his eyes and thinks of nepal, snow-capped mountains aren’t what  rst comes to david lamas’ mind. instead he sees green valleys—and the little village where his father grew up. the austrian alpinist visited nepal earlier than most western mountaineers. When he was a toddler his parents used to carry him around on their backs, right now they are following their son with david setting the pace. the family has come to visit his father’s rela- tives. But for david it’s not the only reason to return to nepal. this time he is also drawn to the high mountains. accompanied by american alpine legend Conrad anker he wants to climb lunag ri (6907m), an unclimbed peak with a technically challenging north west ridge. 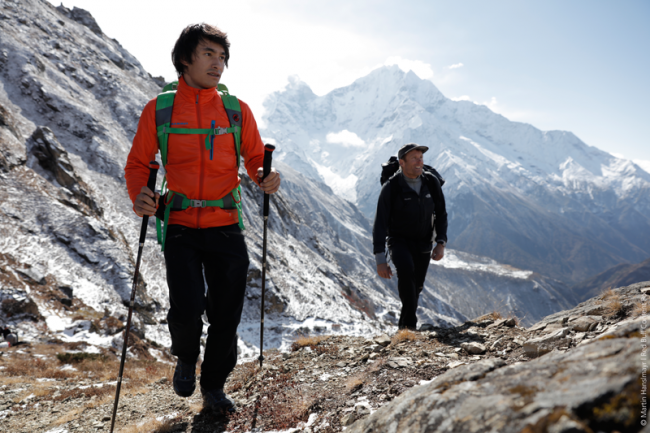 as well as Ben marr and pedro oliva seem to be stuck in the middle— mentally and geographically. their goal: becoming the  rst kayakers to follow the entire Beriman river through the heart of the papuan jungle, all the way to the Solomon Sea. there’s no return ticket on this trip. once they launch their kayaks onto the Beriman river, there’ll only be one way out of the gorge. and it lies 48 kilometres downstream.

Steep Sgiing: a mountain face that other freeskiers consider to be “too steep to ride”—that’s where the fun begins for Jérémy Heitz.

At a speed of 120 kilometres per hour the Swiss steep skier races down to the bottom of the valley, taking wide turns on a 55 degree slope. From above his moves might look relaxed, but fear is hot on his heels. Good for him that it always beats it to the nish line. this winter he has put together a list of his favourite 15 four-thousanders, including the ober Gabelhorn and the Zinalrothorn. is it possible to ride them all in one season? 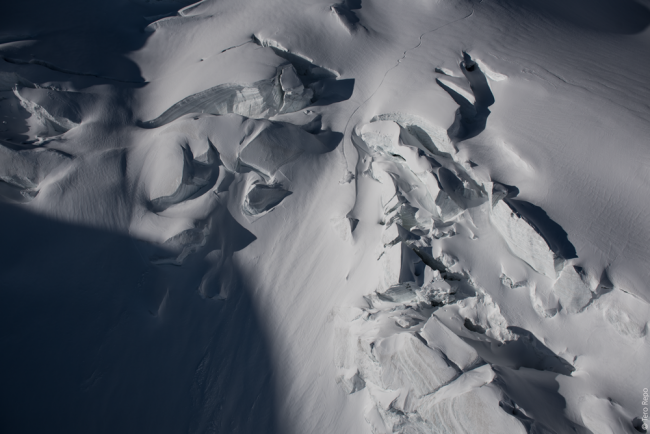 THE ADVENTURES OF THE DODO

Big Wall Climbing: they call themselves “the Wild Bunch”: piolet d’or winner Sean Villanueva o’driscoll, Ben ditto and brothers olivier and nicolas Favresse. they love climbing big walls and they love to celebrate their  rst ascents with a spontaneous jam session on a mountain peak or a portaledge. Even if their backpacks are heavy, there’s always room for a  ute or a mandolin … in their latest adven- ture they have signed up for a trip to Baf in Island, by the sailing boat “dodo’s delight”. after a rough start in Greenland and daunting journey through Baf n Bay, “the Wild Bunch” and their 79 years old captain reverend Bob Shepton  nally reach the big walls of Baf n island. 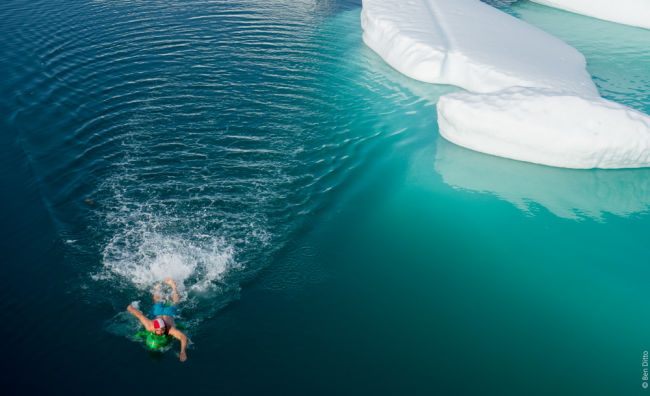