We recently caught up in our offices with the PVS team to learn more about their latest release ”Time” Le temps d’un hiver. Sounds like these guys are really passionate about what they do, check out the behind the scene of this film with Antoine Frioux & David Lacote.

XTremeVideo How many hours of footage were logged to make the movie?

Antoine Frioux The total size of the finished film is 43GB, in comparison to the 6500GB we filmed, so that gives you an idea of how many hours we spent filming overall…

XTV Any funny stories during filming?

AF At the end of the season we were shooting a part in the snowpark, we really wanted to film a funny part with a happy mood. The riders found a way to stay on the poma lift to go down the slopes… We had a lot of fun behind the camera!

XTV How many countries did you visit?

AF The best moment was shooting in the pipe with Thomas krief when the sun just came up in April, it was incredible to see a pipe like that lit up so beautifully.
The worst moment was our trip to Russia, a 2 and a half-week trip, which rained for 15 days straight! Before finally only getting 2 and a half days of skiing at the end! . The conditions were really tough!

David Lacote We are always working on a range of projects at the same time. We’re currently producing a documentary on an incredible lady, Marie Martinod. She’s a 30 year old athlete, freeski world champion in the early 2000’s, she stopped the sport in 2006, started a family and opened a night club. In 2011 she learnt that freeski was going to become an Olympic discipline, so she decided to get back on her skis in 2012 / 2013 to compete in the half pipe. She ended the season with the gold medal at the Xgames. Her last goal is to get the Olympics gold medal.
We follow her from when she started skiing again, alongside the producer Laurent Jamet.

We co-produce TKTV with Maxime Moulin, it’s a tv show about the freeskier Thomas Krief, who is currently out in Colorado getting in shape for the 1st big rendez vous of the winter ‘’Le Dew Tour’’. We are also working on a new web series  ‘’Wild & Soul’’ featuring Sam Favret, a backcountry freeskier, directed by Alex Blaize. Sam is a young up and coming French skier, who went on to win the latest RedBull Line catcher!
We are lauching the 2nd season of www.lesmachettes.com, it’s all about girls in extreme sports, music, and arts… Even the production team is 100% female!
And of course we have begun filming in the first fresh snow falls, for our next freeski film produced by Jean Remy Ceron.

DL Each trip is different but it’s always mad!! Whether you’re in a five star hotel or at the back end of Estonia, we are always there to do the same thing, shoot nice images! Although you have to adapt to the conditions, brightness, living together… We get through the ups and downs and come back with lots of nice footage, and good memories. In terms of girls, we say ‘What happens on tour stays on tour’ haha.

XTV Finally, what do you guys get upto when your not producing movies?

DL Well skiing is our lives! Everyone at PVS met through the mutual passion for skiing, or documenting it.
After all nobody should think you can earn a living through making extreme sports films, even more so in France! The films are a way of showing what we are able to create, our knowledge of, and our passion for the sport.
PVS is an ad agency whom releases movies for various customers in different areas.

XTV Last words, anyone to thank?

DL We’d like to say a big thank you to XTremeVideo for distributing our films since 2008 & for this visit of London! But if we had to thank everyone who has helped us since the beginning, we would be here all night! PVS is, before anything, a Human adventure with a capital H. 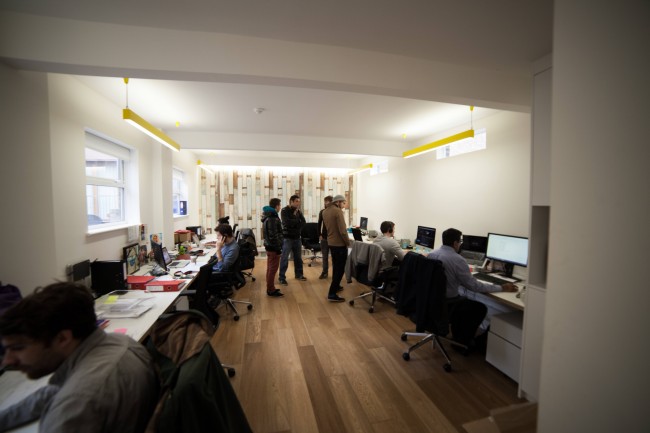