This 13th edition has not been easy between football finals and capricious weather… Fortunately, the closing ceremony passed without a hitch, with a large audience. As a reward, Bruno presented a 2-minute by Fred Bérou, with the legendary Tom Curren, in Morocco, testing the revolutionary fins, the S-Wings. With the presence of Mr. Jacques Venac, first Deputy Mayor of Anglet, suspense could finally be lifted.

And the winners are…!

Best Movie – Dirty Old Wedge
Presented by Joël de Rosnay and Maritxu Darrigrand: “The decision was not easy, but eventually we agreed pretty quickly. This film was the one who brought together all these values dear to surfers. For those who already have seen, the Wedge is an incredible artificial wave, and see this group of bodysurfers tame this way, it’s just amazing. ”

Best Edit – Fish
Presented by Lee Ann Curren: “We wanted to reward the work of archives and fun animation performed for this documentary. It has all made us want to lock themselves in a studio, to shape his own surfboard from A to Z, and go to surf it. And with the fish, to find a more oldschool slides that I do particularly right now. ”

Best Sound track – Mares del Sur
Presented by Lee Ann Curren: “this film is one of the favorites of the jury it was not easy to choose which reward it. Finally, we choose the music, the same that carried us throughout the film. The original soundtrack, poetry, in Spanish, which has put us in the mood from beginning to end. ”

Best Shooting – Peninsula Mitre
Presented by Bruno Ledoux “. An incredible journey, a human adventure, an expedition that made us all traveling. The Azulay brothers have once again shown their talent and more than worth the price.”

Best Surfer – Bruno – Ocean Therapie
Presented by Anne Gaelle Hoarau: “We wanted to highlight the message of hope through the combat of Bruno. The ocean is the playground for surfers, but it can sometimes be as healer, it allowed Bruno not to let die, it has given his life. This is an extremely strong message! ”

Best Short Movie – Forbidden beach
Presented by David Lebacheley: “Through Forbidden Beach, we wanted to reward originality of the work of Thierry Los. It includes a signed original music of the son of the director, all the surf codes. It’s a superb job…”

“I made this film without any special effect, I did it with my heart, showing my passion for this sport.”

=> You can find here Forbidden Beach

Public Choice – White Waves
Presented by Mr. Patrick Chasseriaud, Deputy Mayor of Anglet and County councilor of Anglet. The filmmaker Inka Reichert present to claim the prize “This is a team work. I am very pleased to receive this award for the work of all those committed surfers.”

Special Jury Mention – Dompteurs de Géants
Presented by Maritxu Darrigrand: “We particularly appreciated the simplicity and naturalness of this film on these two surfers that everyone knows in the zone. The Journalistic approach by Cédric Molle-Laurencon, Patrice Brugère, Simon Fichet, William Salasca, not at all in this environment (surf), is just beautiful and simple. ”

Congratulations to all the filmmakers selected for their work!

See you next year!

XTreme Video was stoked to introduce the new Virtual Reality surf simulator created by Youriding “by riders and for riders” ! 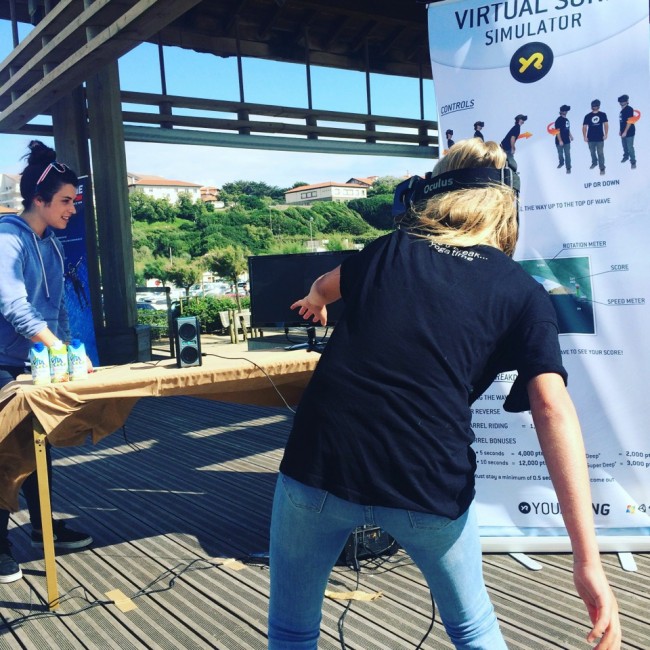 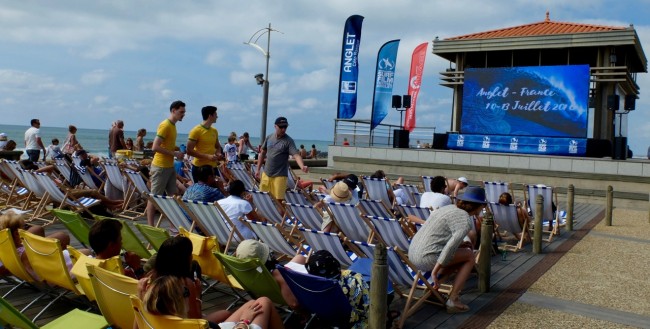 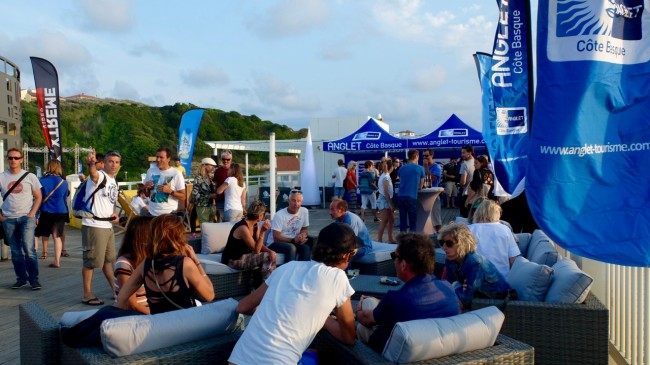 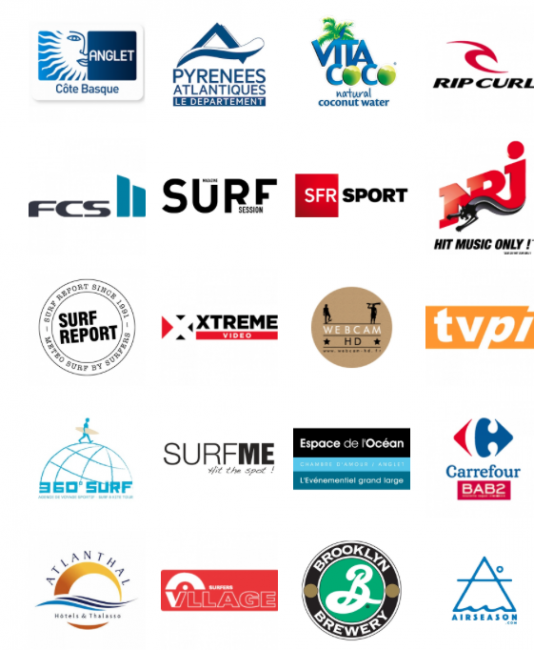