Here is our selection of our favorite videos of this week! 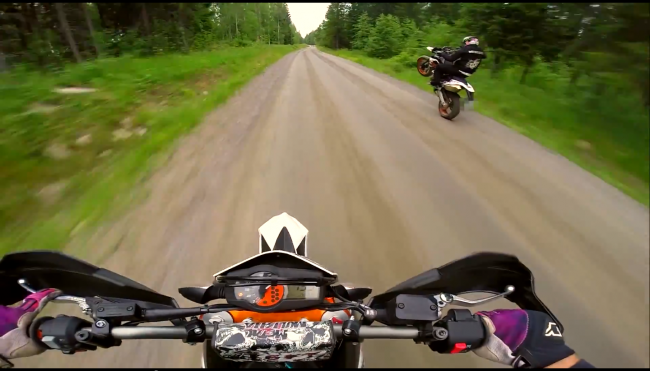 Episode 2 of Pushing The Limits looks at Parkour athlete Dimitris “DK” Kyrsanidis as he shows off his awesome and unique moves. Dimtiris was born in 1995 and is from Thessaloniki, Greece. He has been practising Parkour, Freerunning, Tricking, Acrostreet and Breakdance since 2007. He is a unique and creative athlete, producing his own tricks and moves, as well as inventing his own “DK” style in Acrostreet.

So here is my latest edit created by myself, i filmed most of the video on the fs700 and also with GoPro. I decided to call the video homeland because it was all filmed in my country of UK!
I took a long time to finish this video but now I’m ready for you all to see it! hope you enjoy!!!
Filmed at: radical bike park essex, my home jumps, matt jones secret compound, london, milton keynes, chelmsford and colchester!

Dudu Pedra presents his dream wave.
Play the wave: http://bodyboarding.youriding.com
Read the full interview: http://www.bbrmag.com/
Brazilian bodyboarder Dudu Pedra has been invited to create his dream wave for YouRiding. His wave looks like Teahupoo in French Polynesia but going right with a bigger section and followed by a huge ramp.
You can play the wave right now on YouRiding Bodyboarding Games.